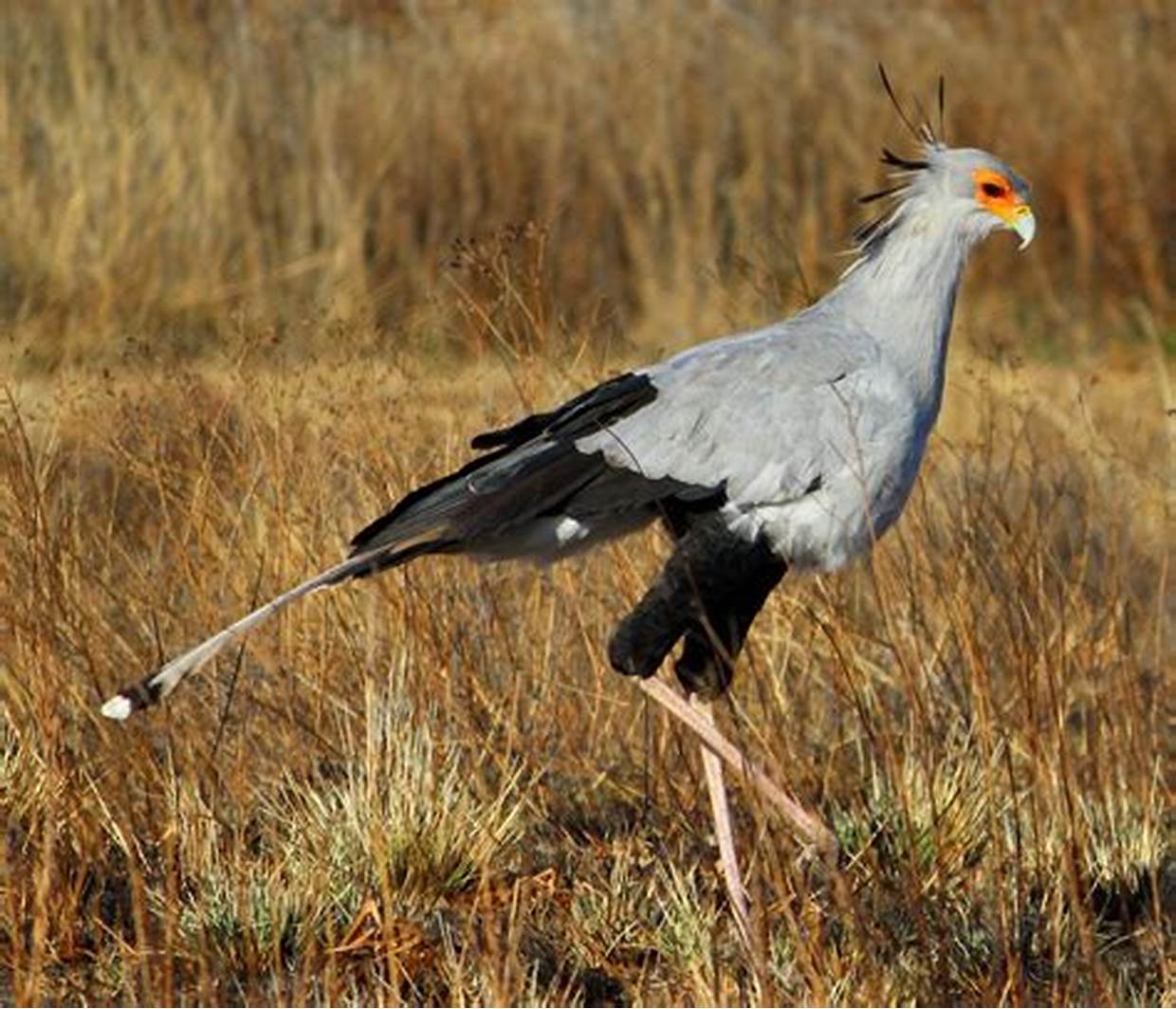 These raptors of sub-Saharan Africa’s savannas, grasslands, and shrub lands stand at nearly four feet tall—and standing is often how you’ll find them, because they primarily move around on foot. They fly only when necessary, such as to reach their nest in the trees and for courtship displays.

The secretary bird is distinguished by its long legs and a dramatic black crest of feathers on the back of its head. Its body is covered in whitish-gray feathers, with two long, black-tipped tail feathers. Its bare face is usually yellow, orange or red.

The top half of its long legs has black feathers, so it looks a bit like it’s wearing bicycle shorts. The lower half is covered with scales and has barely visible feathers.

While it’s not known for certain where the name “secretary bird” comes from, one explanation is that they’re named after 19th lawyer’s clerks, or secretaries. Secretaries typically wore gray coats and knee-length black pants, and they would tuck quill pens behind their ears, similar to the bird’s coloring and head feather

Another theory is that “secretary bird” is an English-language corruption of saqr et-tair—roughly meaning “hunter bird” in Arabic—a phrase one traveler claims to have heard Arabic-speaking people in Sudan call it. That explanation, however, has been called into doubt by some experts. 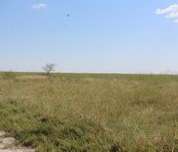 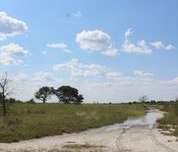