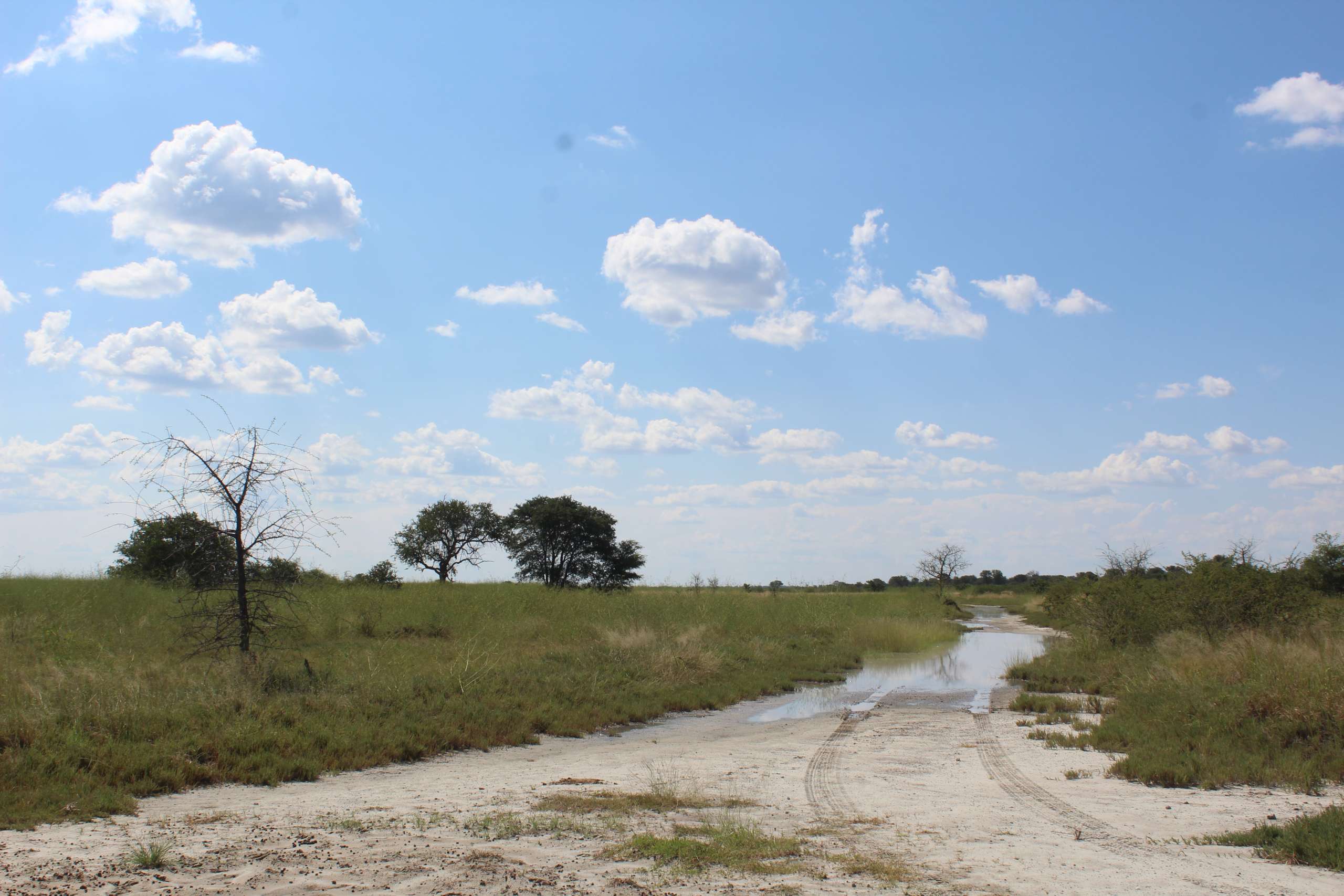 The area around the entrance gate and camp site is dominated by mopane scrub together with knobthorn [Acacia nigrescens] and baobab [Adansonia digitata] trees. Proceeding southwards towards Sowa Pan, the track drops a few metres in height onto the grasslands which are dominated by prickly salt grass [Odyssea paucinervis]. Hoodia lugardii and Aloe littoralis [mopane aloe] may also be seen here. Growing along the sides of the track are thick stands of Sesbania or river bean. It is a shrub which grows to the height of three metres and produces cylindrical pods up to 20cm long. In winter the whole plant dries up and turns straw brown in colour.

Wild dagga [Leonotis nepetifolia] also occurs along the track. It is a tall erect herb which grows to a height of some two metres. In summer it produces orange red flowers. However, the most characteristics feature of the plant is the presence of spherical shaped balls which occur at the regular intervals along the stem. These are made up of small structures, called bracts, which are small leaf – like structures which often occur at the base of flowers. In winter, these balls are pale brown in colour. Visitors may wonder why the plant is known as wild dagga since dagga is another name for the plant marijuana which is a narcotic, or drug, and whose leaves are smoked by drug addicts. It is because the Hottentots were seen smoking the plant by the early Dutch settlers at the Cape.

Acrotone inflata, or tumbleweed, also occurs here and is a smaller version of wild dagga. Although it also has similar spherical balls along the stems, it produces white instead of orange red flowers, and is much shorter and grows to a height of only 50cm. It also produces many branches which are greenish yellow in colour.

Closer to the pan, there are some small areas of tall aquatic grassland with reeds. Only salt bush grows on the pan surface itself which makes up some 45% of the Sanctuary’s area. Along the Nata river, the vegetation is markedly different and consists of dense thickets of flood plain acacia. [Acacia kirkii] with occasional real fan palms [Hyphaene petersiana]. However, the trees give way to grassland around the Nata river mouth, or delta [where the river enters the pan]. Figure 7 Grasslands at the mouth of the Nata river 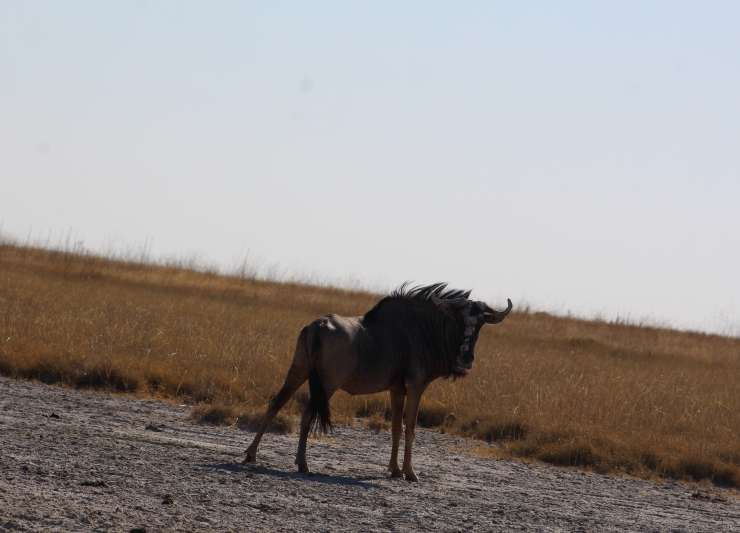 Wildlife in Nata Conservation Trust Small herds of blue wildebeest and the occasional springbok and gemsbok may be seen on the grasslands and around water filled small pans.… 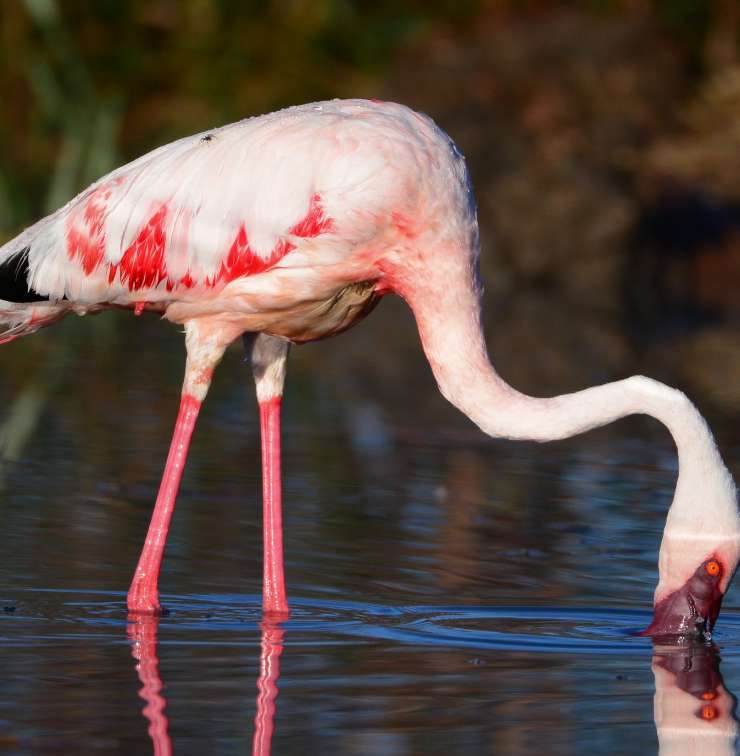 Birds in Nata Conservation Trust Grasslands birds, such as ostrich, kori bustard, secretary bird and black korhaan may also be observed throughout the year. One local guide once…